Rapid Response Could Be a Key Part of Reopening

As tenants go back to work in commercial buildings, communication will be the key to a successful response to COVID-19 outbreaks.

“During the current period of crisis, our immediate goals from an ESG perspective are to communicate with stakeholders and address the acute incidents that can occur in the building,” DWS Group wrote in a whitepaper on ESG investing in real estate in a post-COVID world. “This involves the formation of rapid response crisis teams on-call to address incidents occurring at any time of day and communicating with residents pro-actively and regularly.”

When there is an actual COVID-19 case in a building, Jessica Elengical, head of ESG strategy, Alternatives at DWS, says the rapid response team should be ready to mobilize, regardless of the time of day. This team should encompass representatives from property management, asset management, risk management and communications professionals.

“When a case comes up, how do you

This is What Office Construction Post-COVID Shutdown Looks Like

Manhattan’s 12.5 million square feet of ongoing office construction spans 16 projects slated for completion over the next three years. Roughly 53% of that space is pre-leased. New construction and renovation projects in Manhattan are capturing most new leasing activity, dovetailing with a flight to quality among large tenants predating the pandemic. 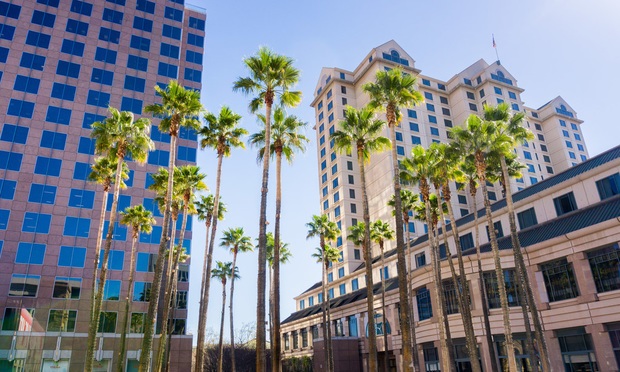 Most of the 8.4 million square feet under construction in Washington, DC

The singer and actress Pia Zadora is selling a harmonious home in Las Vegas. She’s asking $2.25 million for the contemporary build.

The singer and actress Pia Zadora is selling a harmonious home in Las Vegas. The contemporary residence is on the market for $2.25 million.

The long-time performer, whose acting career came to a crashing halt when her performances in the 1980s were universally panned, moved on from her movie critics and started afresh as a songstress.

She was most recently featured in a weekly cabaret act in Las Vegas. She also appears to dabble in real estate, and is letting go of this home, which was built in 2016.

The single-story abode, located in

Will This Program Stop a Wave of Struggling Renters From Being Evicted?

With millions of Americans out of work and struggling to pay their rent, the federal government is offering landlords a break in the hopes it will avert a tidal wave of evictions.

The Federal Housing Finance Agency announced on Monday that landlords with government-backed mortgages are eligible for an additional three months of mortgage forbearance—provided they don’t evict tenants who can’t pay their rent during that time. The initial forbearance period, in which building owners suffering coronavirus-related hardships could put off their mortgage payments, was about to expire for those who had sought assistance at the start of the pandemic. The extension is designed to trickle down to renters by taking the pressure off landlords who are on the hook for their own monthly mortgage payments.

The forbearance is only for owners of multifamily properties of five or more units who have mortgages backed by Fannie Mae and Freddie Mac.

Posted in Blog Article | Comments Off on Will This Program Stop a Wave of Struggling Renters From Being Evicted?

Nearly six million properties across the U.S. have a substantial risk of flooding that isn’t disclosed by federal flood maps, according to a nonprofit research firm that released its own U.S. flood maps Monday.

The maps from nonprofit First Street Foundation highlight the widespread nature of flood risk. Flooding caused about $17 billion in property damage a year from 2010 to 2018, according to the Association of State Floodplain Managers.

The First Street analysis suggests that millions of American homeowners could be more vulnerable to flooding than they realize, and many may lack the resources to rebuild their homes in the event of severe flood damage. Mortgage lenders typically require buyers

Pending Home Sales Staged a Historic Rebound in May, Meaning the Worst May Have Already Come for the Real-Estate Market

The numbers: After two consecutive months of decline, the index of pending home sales soared 44.3% in May as compared with April, the National Association of Realtors reported Monday.

The monthly increase was the largest ever since the National Association of Realtors started the index in January 2001. “This has been a spectacular recovery for contract signings, and goes to show the resiliency of American consumers and their evergreen desire for homeownership,” Lawrence Yun, chief economist for the National Association of Realtors, said in the report. “This bounce back also speaks to how the housing sector could lead the way for a broader economic recovery.”

The index measures real-estate transactions for previously-owned homes where a contract was signed but the sale had not yet closed, benchmarked to contract-signing activity in 2001.

Compared with a year ago, contract signings were still down 5.1%, a sign of how steep the declines

Posted in Blog Article | Comments Off on Pending Home Sales Staged a Historic Rebound in May, Meaning the Worst May Have Already Come for the Real-Estate Market